For the past year or so I have felt like an utter husk, plodding along through life, not not achieving anything, but nothing that feels to be ‘heading in the right path’, or whatever that means. I’m a do what you love person, and for some inexcusable reason, I couldn’t find the passion to do those things. I’d procrastinate writing ALL. THE. TIME. Which is evident by the gaps in posting on this blog. I’d pick up the guitar and go from 0 to Hulk when I couldn’t learn something straight away. I have wasted a lot of time making excuses why I can’t do these things. Now I’m seeing through a recent revelation to get over myself and just do it. To stop being a whinging pillock and going on how tired I get at the end of the day. It’s been a month and I have been trying to smash the manuscript – sure I’m tired, but I go to sleep happier. I’m finding I can actually function better on less sleep due to it being purposeful, than waking up on a full sleep and still dragging my passionless rear out of bed.

I honestly have no idea what put me in a better frame of mind to get my creative act together. Perhaps since I have completed my teaching diploma in a long hard year; and I don’t mean that as to say ‘now I have found my calling’. I haven’t. I started the course to support my first degree and to have it under my belt. I have no intention to be a full time teacher. Teaching is fun, I have a lot of respect for teachers however it’s not the full time career for me. If I do teach in the future, it will be to teach kids that creativity is worthwhile, to get them thoroughly and genuinely interested in picking up books, to work with kids who have a flare for writing and don’t know where they see themselves as they struggle through puberty. This year (and a half) of study was all consuming; completing assignments, stressing about getting them right, passing, late nights, crying over the digital submissions when the websites crashed. The pracs were the easier parts! And that is saying something after stressing about lesson planning, typing, typing the lessons into multiple documents for each avenue that needs a copy, money – HAVING NO MONEY.

About 5 years ago I was tinkering with a manuscript, working full time, managing a rock band, and doing some minor freelance writing for some online publications. Those projects are now dried up and over but the point was that I had the drive then; where the hell did it go? Before I started uni again at the end of 2014, I was at my procrastinating worst, so I figured I’d better get busy learning another skill if I was just going to sit there and complain that creativity wasn’t coming easy. It was only doing such a psychotic course that I yearned for the spare time I had before.
It was such a breath of fresh air when I got that time back after completing the course yet I still didn’t dive into my eagerly awaiting projects. I said I was tired. Maybe I was. Instead I took off to Victoria for a month to help my family move house –I thought that would get some creative juices flowing. Thank god I’d pulled my thumb out enough just before my last prac started and signed up to do some book reviews for Planet Books; I took two books with me to Drysdale and those two reviews are the only scraps of writing I managed to muster up during my month away. My days in Drysdale were not to frolic around eating and drinking; I lifted furniture, I scrubbed a kitchen white again and filled it with crockery and utensils, I cooked, vacuumed, washed, drove my nanna to her appointments, took my sister out to practice driving, perused through Gumtree and op-shops for furniture they didn’t have, spent four days at a dressage festival where I ran back and forth fetching mane plaiting spray, hoof black, and shoveled horse poo at 6am. I was getting mad at myself for constantly thinking I ‘didn’t have time’ to sit down for at least half an hour and do some writing. I thought, two reviews? Surely you could’ve done better, but stuff it at least I did SOMETHING!

What’s definitely helping is Masterclass coming in April – I have a goal. I’m good at reaching goals when I can see the time frame. I’ve been acting like I have my whole life to write a manuscript – nope! This month has been the most productive with my writing in a very long time. I’ve worked on my manuscript every day, picked up my journal since the last September entry, completed a movie review and now, finally, a blog post. I ain’t getting any younger and I’m tired of being miserably comfortable.

Let me jump back to the beginning of December and tell you a little bit about my time in Victoria. I’ve done trips to Melbourne before however now my parents live on the Bellarine and the move is a huge step for them after living in Perth since the 60s (prior to that, one was from New Zealand, and the other a 10 pound Pom). I initially hesitated to go due to worrying about money but it was my husband that convinced me; he would meet me there for Christmas along with my brother and sister-in-law. It was almost like a ‘traveling solo’ experience – not entirely of course – but I was left to my own devices most of the time. It was the closest I’ve come to living in another state for a short time; great practice as I have considered moving over East. Who knows what the future will bring.
The trip there was a grand and challenging experience. A truck, the middle seat, same horizon, the Nullarbor, 3 days – this is something I will not be in any hurry to do again.

I’m not posh, don’t get me wrong. I didn’t mind that I didn’t shower in two days, or that my feet kept growing a layer of inexplicable grime, or when I saw a great landscape photo op, my dad said ‘yeah that’s nice’ and whizzed past. When we arrived in Drysdale at 4am Sunday morning I felt the same level of exhaustion, armpit dampness, butt numbness and back pain that I feel when I do a 26 hour flight to Europe. I had truck lag. It was a long, hard slog and I wasn’t even driving. The hardest part was driving late at night until 2am from Eucla (The border of WA and SA) to Ceduna, South Australia. The Great Australian Bight sat to my right (of course all my photos are blurry, cheers Dad), shrubbery to my left and then it went pitch dark, no lights and lots of animals to dodge. My lower back, pelvis and right calf ached as we discussed 19th century American presidents and Margaret Thatcher, bumping along violently on this highway of fauna death. Yet the worst part also sprouted the best part. I saw a wombat. It only occurred to me then, that I’d only seen a wombat behind glass. This fatty pumba was different. This gorgeously large, lumbering, solid creature began to walk onto the highway as we approached. We saw him early in the headlights and managed to gently swerve around him; poor thing looked at us like ‘crikey, better go back’ and shuffled himself around to go back into the shrubbery. He was beautiful.

Surprising my mum was heart-warming as she and my sister had already been living over there for 8 months. Lying to her during the trip was fun, like asking her to send me pictures that dad had sent her, and even whistling my dog Slash ‘at the park’ when I was actually standing behind the Maccas in Port Augusta under 43 degree heat. 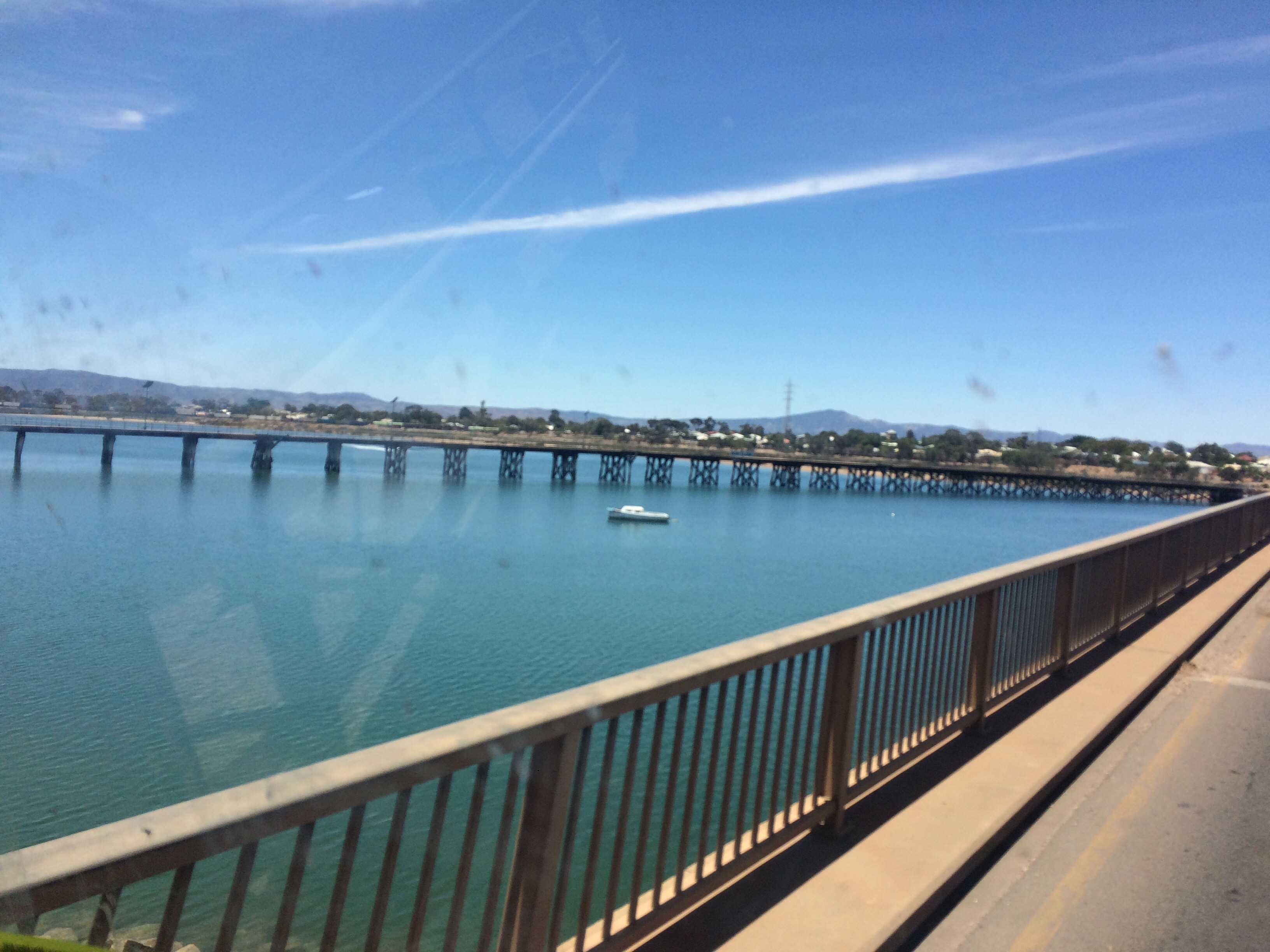 Port Augusta through the grotty windshield

4am and I moved to the cargo section of the truck, down the road from where they lived as we conquered the last 100 metres of the journey. When she walked into the back, wondering why everyone was so insistent she look at how they had done it up, and then saw me, cross-legged amongst a makeshift bed and two microwaves saying ‘hi Mummy’. Her face spread into this look of gleeful surprise and sat there a few moments – just lovely.

The Bellarine is what I consider a mixture of Busselton, the Swan Valley and Lesmurdie; or beachside town, vineyards and hills. I felt familiarities, and therefore serenity (feel the serenity). Moving states from family is difficult, and we always say that ‘we’re only a four hour plane ride away’ but it’s hard to mean it when you’re not there. It was comforting to feel that it actually isn’t that far. I missed my husband and fur babies, but really they weren’t far away. But I’m not a mother, I don’t know how it feels to have my kids separated across the country.

One way to get to know a new place is to drive in it. I helped my dad pick up his cars from Brookdale and drove in peak hour traffic on a busy and strange highway. This is now a suburb I know to avoid – the traffic was manic. I went exploring on my own in the Land Cruiser through Drysdale and Portarlington, pulling over on the long roads and running into the grass seed filled median strips to take pictures of scattered and orderly hay bales, (it’s an obsession, stay tuned). 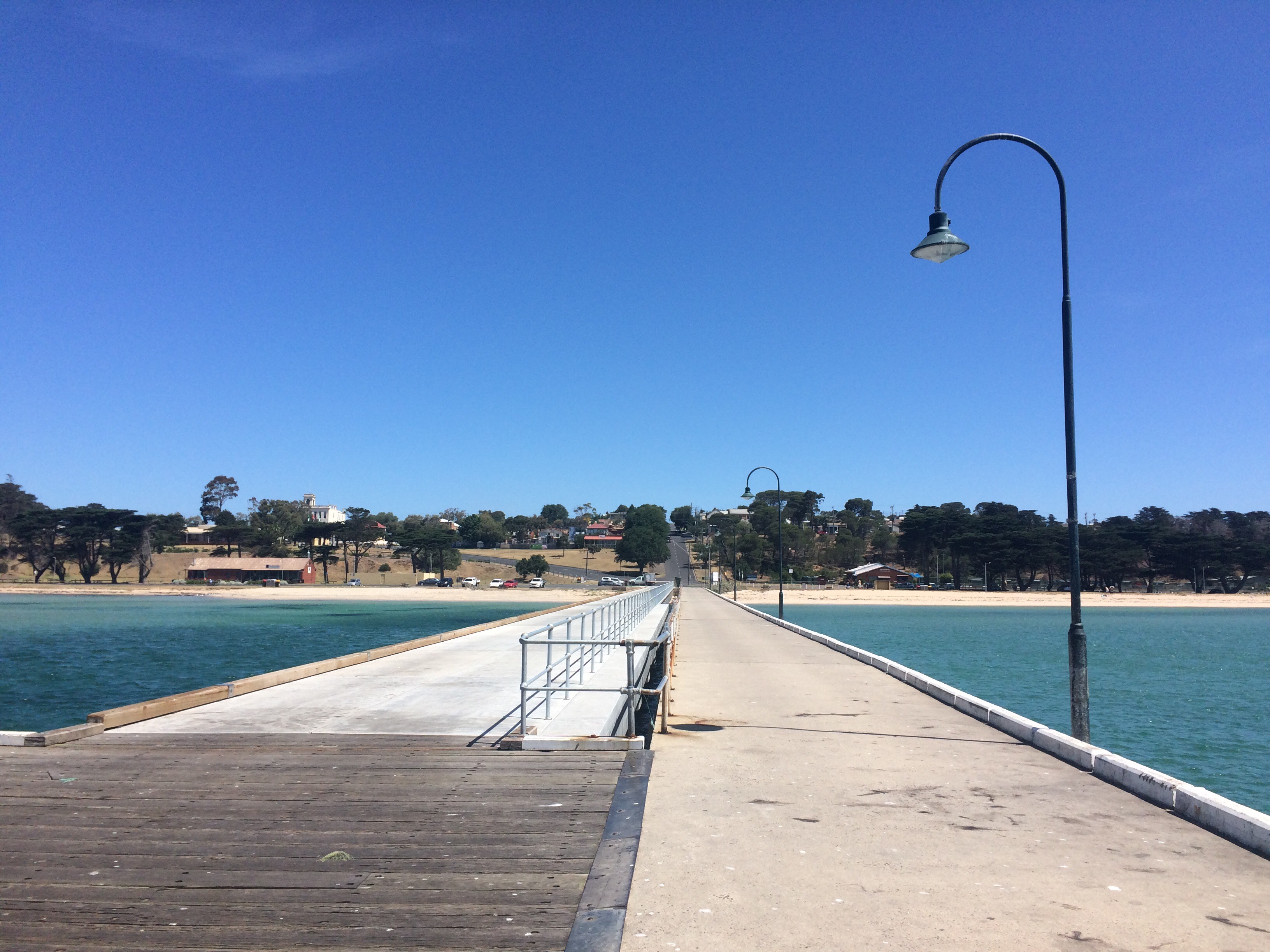 I spent four days in Werribee among the horsey set where it was a wonderful experience to watch my baby sister win the Aachen Challenge. I haven’t seen her compete in a long time, and going back 13 years when she fell off her pony during a musical ride at four years old to seeing her aiming for Grand Prix level gets me all choked up.

We drove up Arthur’s Seat, where I was able to appreciate that I’ve been fortunate enough to see the original namesake in Edinburgh. I found a secret garden in Portarlington in the form of a nursery. We rescued a fallen nestling in a stable. My sister and I sung Hello at the top of our lungs. I played Wii Golf with my complete family on Christmas morning. I stood on a beach made of sharp, glassy shells and watched fat Victorian seabirds go Alfred Hitchcock on a jetty. 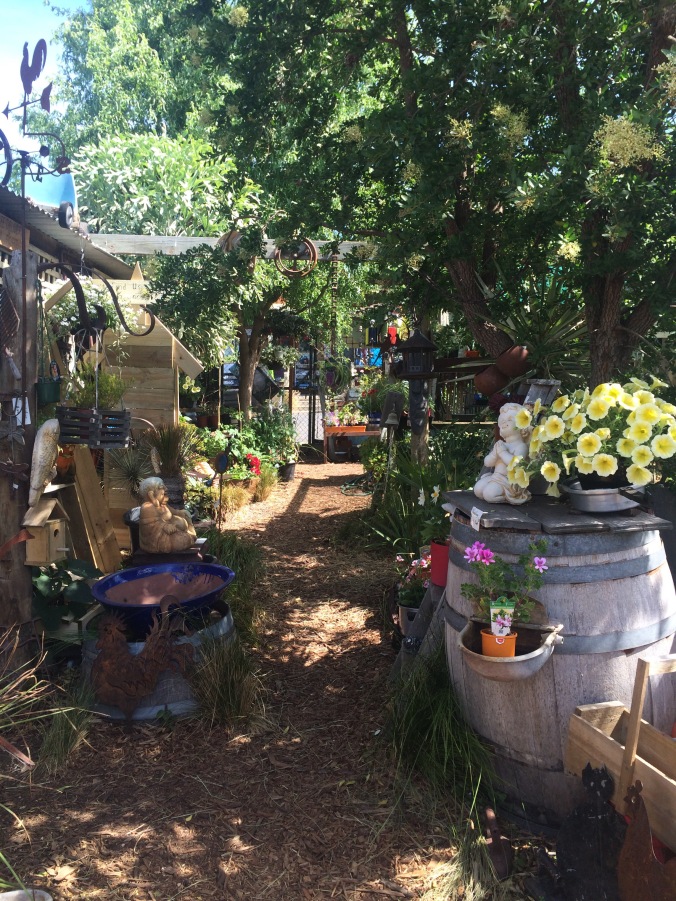 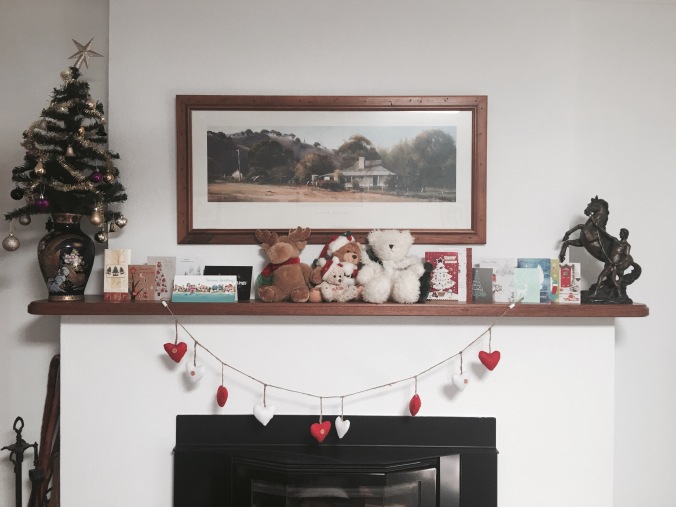 My mind had a much needed break in this alternative reality. When my husband and I boarded the plane back to Perth, it felt odd to go, but also as though I was going back home with a new perspective; like I could handle what I wanted to achieve.

Perhaps that’s the epiphany; there isn’t much I haven’t done in my life. I’ve got a lot of people’s support to thank for that however I’ve rarely given up on something – so why should I give up on writing the story I’ve thought of every day for the past five years while driving to and from work, before going to sleep, in the shower, and while cleaning out cat poop.

January’s over, so is comfort.